The 5 Most Famous Corgis from Pop Culture Ranked

​Dogs have always been important to humans.

In early times, they helped us hunt, find food, and explore new worlds. They've joined us up mountains and into battle, and helped connect with others. They've helped people in need stay safe and navigate through life.

​They even do a good job of cleaning the floor – when an errant crumb flies off the bench top!

And these magical creatures haven't done too bad in the field of pop culture, either... ​​Yes, just as endearing as dogs of history, the dogs of anime, movies, games, TV, books, comics, celebrities and even memes have proven essential.​

Here's the countdown the Top 5 corgis from popular culture – is your favourite on the list? 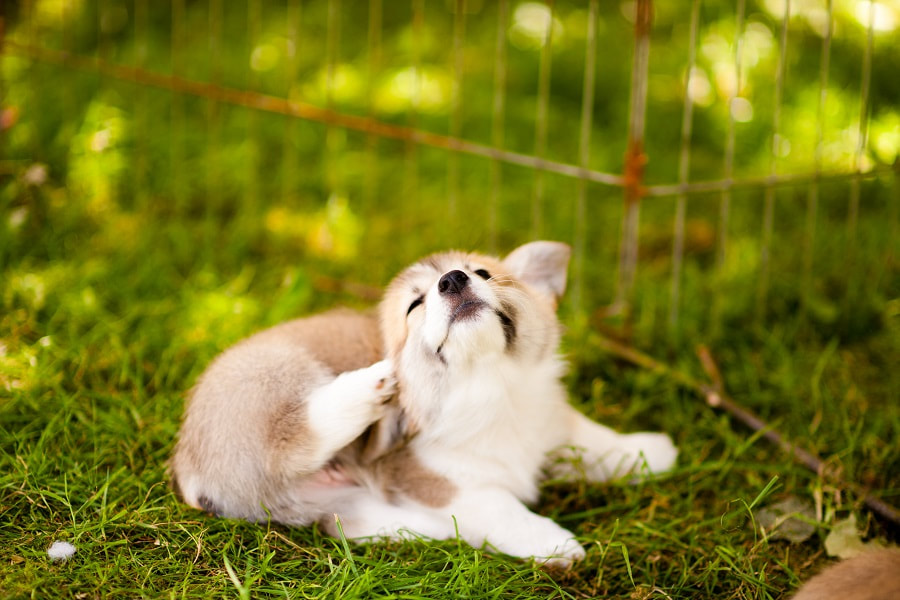 ​Cheddar the Corgi is a beloved character from the popular TV show Brooklyn 99. But what many fans may not know is that Cheddar has also gained a significant following in the real world.

Corgis, known for their short legs and fluffy bodies, have long been a popular breed of dog. But Cheddar has added a new level of fame to the breed, with many fans wanting a Corgi just like the one they see on TV.

On the show, Cheddar Holt-Cozner is the Pembroke Welsh Corgi owned by Captain Raymond Holt. Fans of Brooklyn 99 are drawn to Cheddar's playful personality and his unique appearances, making him a standout among the show's cast of characters. Cheddar is also an important feature in some of the yearly Halloween Heists.

Cheddar was played by many Welsh corgis over the years, with Stewart the Corgi having the distinction of being there the longest.

Sadly, the real life corgi (Stewart) who played our beloved TV friend Cheddar the Corgi passed away peacefully at the age of 13. He was survived by his sister and equally talented actress Stella — who took over the iconic TV role until the show's end.

Regardless of the canine actor, Cheddar the corgi has become a real-life sensation, bringing joy and love to fans both on and off the screen.​

Molly, aka the Thing of Evil, rests with her pal Bad Bunny after watching a a couple of early morning gangster movies on TCM. pic.twitter.com/GY37Zu0O4D

Stephen King is a beloved author known for his horror and suspense novels. One of the things that many fans may not know about him is that he has a real-life Corgi named Molly, who has become quite popular in her own right.

Molly, who is a tricolor Corgi, was adopted by King and his wife Tabitha in 2014. Since then, she has become a beloved member of the family and has even been featured in some of King's social media posts.

Stephen has been a corgi fan for a long time, once saying:

She has become a well-known part of the King household, and her presence adds an extra layer of charm and charisma to the already-beloved author.

Time will tell if Molly becomes one of the creatures from King's novels. But as far as I can see, she's a perfect corgi who has captured the hearts of fans and become a beloved member of the King family.

If you're a corgi lover and aren't watching BBC's 'Dirk Gently's Holistic Detective Agency,' you should be. It has mystery, sci-fi, humor, Elijah Wood, and most importantly, a corgi!

Rapunzel the Corgi has quickly become a fan favorite on the show. The lovable and energetic corgi, who is named after the fairytale character, has stolen the hearts of viewers with her playful antics and adorable personality.

Rapunzel is owned by the eccentric detective, Dirk Gently, and is often seen accompanying him on his investigations. Despite her small size, Rapunzel is a fearless and loyal companion who is always eager to help her owner solve even the most bizarre cases.

The popularity of Rapunzel has soared since the show first premiered in 2016, with fans all over the world sharing memes and fan art featuring the cute corgi on social media. In fact, Rapunzel has become so popular that she now has her own line of merchandise, including t-shirts and plush toys.

Rapunzel (played by Bentley the Corgi) wears a red dog collar with a bone-shaped tag pendant. We don't want to spoil anything more about Rapunzel (her story gets a little crazy!) but switch on the show and give it a watch.

Whether she is solving cases alongside Dirk or causing mischief on her own, Rapunzel is sure to continue to delight fans.​

One of the first corgis to kickstart their popularity, Ein is the corgi star of the anime Cowboy Bebop.

Ein the Corgi is a beloved character from the anime series Cowboy Bebop. Despite being a fictional character, Ein has gained a significant real-life following and has become a popular subject of fan art.

In the show, Ein is a genetically-enhanced Pembroke Welsh Corgi who has been given human-like intelligence. What exactly was done to him was not widely known, but that didn't stop Ein becoming part of the Bebop crew.

He is the loyal companion of the main character, Spike Spiegel, and often assists him in his missions as a bounty hunter.

Fans of the show have been drawn to Ein's unique combination of cuteness and intelligence. His appearance as a small, fluffy corgi belies his impressive abilities and has made him a fan favorite.

In addition to his popularity among fans, Ein has also been praised by critics for his unique and well-developed character. He has been described as a "scene-stealer" and a highlight of the show, with his intelligence and loyalty making him a standout among the other characters.

All of Ein's barks were done by Jack, a Cardigan Welsh corgi, who owned by the show's producer Kazuhiko Ikeguchi.

Ein the Corgi from Cowboy Bebop has gained a significant real-life following thanks to his unique combination of cuteness and intelligence.

​1. The corgis of Queen Elizabeth II

Could there be anything else as number one? The corgis belonging to the royal family are the most famous corgis in the world.

Queen Elizabeth II was well known for her love of corgis. At a young age, she was particularly fond the corgis owned by the children of the Marquess of Bath, before her father King George VI brought home Dookie the corgi in 1933.

The first corgi to be owned by the Queen herself was Susan, who was given to her as a present on her 18th birthday in 1944.

From that point on, the Queen became devoted to the breed and went on to own a number of corgis over the years. In fact, the Queen owned at least one corgi at any given time between the years 1933 and 2018.

The British monarch owned more than 30 corgis throughout her reign, and the cute, fluffy dogs have become an iconic part of her image.

The Queen's corgis have not only been her faithful companions, but they have also played a role in British history.

​In 1991, a group of the Queen's corgis were featured on a set of Royal Mail stamps, which became some of the most popular stamps in the country's history. They were also featured on the cover of Vanity Fair's Summer 2016 edition.

Despite her love of corgis, the Queen decided to stop breeding the dogs in 2015, as she felt that she was getting too old to properly care for them. Two of her last corgis from this period, Candy and Vulcan, were gifts from her son, (now) King Charles.

However, in spring 2021, Prince Philip's health began to decline, and in response, Prince Andrew gave her two new dogs, whom she named Muick and Fergus. Tragically, Fergus passed away a few months later, leading Andrew to give the Queen another corgi, named Sandy.

Now that Queen Elizabeth II has passed, you may be wondering, where are the queen's corgis now? Muick and Sandy are living with Prince Andrew and his ex-wife Sarah Ferguson at Royal Lodge, their residence in Windsor Great Park.

In addition to her own pets, the Queen was also known to show a fondness for other people's corgis, and she was known to stop and pet other corgis during public appearances.

Overall, the corgis of Queen Elizabeth II have become an iconic part of the British monarchy. The Queen's love for the breed not only brought her much joy, but it has also played a big role in British history and popular culture.

Final thoughts on the top corgis from pop culture

Corgis have long been a popular dog breed. In recent years, they have also gained a significant presence in pop culture, with a number of corgis appearing in movies, TV shows, and other forms of media.

The popularity of corgis in pop culture is a testament to their adorable appearance and friendly personalities. Whether they are solving mysteries, assisting in space missions, or simply being cute and cuddly, these dogs are sure to continue to charm audiences for years to come.